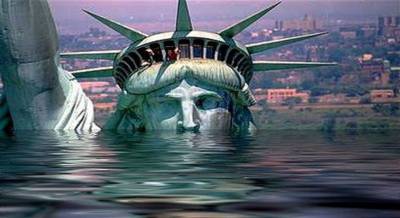 “To me, … it’s looking more and more like the Salem Witch Frenzy meets the French Revolution with a spin of quantum confusion on top.”

For all his blunders and stumbles in his first half-year as President (cough cough), Donald Trump seems to have more lives than Schrödinger’s Cat. Or maybe it just seems that way. Or maybe he isn’t really there at all (like the news these days). Maybe Trump only represents one comic probability in an infinite number of universes of probability, both comic and tragic. I begin to understand why the folks in Hollywood are having a whack attack over the chief executive: you can’t storyboard this bitch; it’s like leaving The Three Stooges on their own in a sound stage to re-make Gone With the Wind.

But then, you begin to wonder: is Russia really there, or is it, too, just another figment of possibility? Don’t try to figure that out by reading the oracular observations of The Washington Post. These days Russia seems to be at once everywhere and nowhere, like the Devil north of Boston in 1693. For example, this fellow Jeff Sessions. Have you noticed that his name rhymes with Russians? Hmmmm. And wasn’t he caught chatting with the Russian Ambassador at the very same convocation of Republicans that picked notorious colluder Donald Trump to stand for President? That’s enough of your damn evidence right there!

Yes, things are passing strange in the world’s greatest democracy these days. To me, seeing the thing through an historical lens, it’s looking more and more like the Salem Witch Frenzy meets the French Revolution with a spin of quantum confusion on top. Right now we’re in the first phase, sheer political lunacy. Beliefs have become ungrounded from the facts of life. The guy whom fate or a prankish deity put in the White House doesn’t even fit the template of the world’s most infamous heads-of-state. I’m sorry to dredge up old Adolf, but really, Hitler himself seemed to have a much firmer idea about what he was doing than Trump does.

The ObamaCare reform fiasco looks like a tipping point toward a strain of toxic political paralysis that might literally kill the government as we’ve known it. Over the many months of debate, congress never even got around to raising the salient issue: that the 18-or-so-percent of the economy “health care” represents consists largely of outright racketeering. Well, they sure blew that one. The major parties are disintegrating before our eyes, despite the seeming sense of decorum that senators present on TV. The public may seem to be mentally on vacation, snoozing on the beach in the midsummer doldrums, but something vicious is in the wind offshore.

I’d actually go further now than the “soft coup d’état” scenario that has Trump run over by the 25thamendment. It will happen, of course, but it will not satisfy anybody. Mike Pence will prove to be as ineffectual and unpopular as Trump, and he will be drowning in financial and fiscal problems, and he will get no help from the legislature in resolving any of it, and before too long there may be a general in the White House — or attempting to run things from someplace else, if he can. The whole nauseating spectacle will be attended by violent popular revolt of region against region and tribe against tribe in a great civil explosion of long-suppressed angst.

Too many nasty forces are vectoring in on the scene to overthrow the dream state America has been languishing in. Most of them involve money (or “money”) and the questions of how can we possibly keep paying for the way we live in this country, and who exactly has been fobbing off with the former wealth of every rusted and busted community in the land? It’s going to start in the stock and bond markets and it will be soon. And then the US Treasury will destroy the dollar trying (again) to save the banks. And the bank accounts will be frozen. And the loans will stop being paid. And the SNAP cards are going to stop working, and pretty soon the just-in-time deliveries to the supermarkets, and the resupply to the gas stations, and there won’t be much that Mike Pence can do about it. He’ll be shoved aside and the military will have to try to restore order in the land. When they do, it will not be the same land we sang about back in the fifth grade.

Up in a cloud somewhere over Ohio, maybe, Schrödinger’s Cat will be gazing down on us, grinning.