Posing as Cops to Commit Crimes

It’s not just for big heists like in the movie The Town that criminals dress as police to commit crimes. It actually happens terrifyingly often.

The practice is so common in Miami-Dade that the police have a special task force to investigate instances of criminals impersonating officers. A family in Miami-Dade earlier this year suffered a home invasion after they opened their door to three men in police uniforms.

Last year in Tampa a 28-year old woman was pulled over by a fake officer and raped.

In April thieves in Tuscon dressed as police to invade a home. In May three suspects still on the loose did the same in Honolulu. 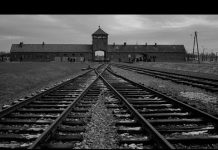 CANADIANS ABOUT TO BE FORCED INTO COVID CONCENTRATION CAMPS. AMERICA IS NEXT. WILL YOU STAND UP?