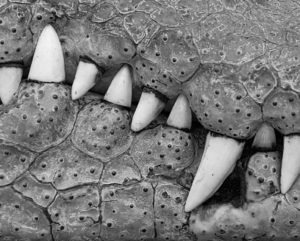 Turning and turning in the widening gyre
The falcon cannot hear the falconer;
Things fall apart; the centre cannot hold;
Mere anarchy is loosed upon the world,
The blood-dimmed tide is loosed, and everywhere
The ceremony of innocence is drowned;
The best lack all conviction, while the worst
Are full of passionate intensity.

Today’s release of Donald Trump Jr.’s emails with Rob Goldstone could very well represent a crucial turning point in American history. Not because I think they will lead to Trump’s impeachment, or because they represent some sort of treasonous offense, but because I think from this point forward an increasing number of us will come to the conclusion that America may no longer work as the largely centralized, semi-cohesive unit it has been for our entire lives.

In order to understand the long-term implications of these emails on the future of the nation, you need a good understanding of the primary warring factions in American politics today. We have Donald Trump supporters/voters, Hillary Clinton supporters/voters, and a resurgent left inspired and energized by the principles and ideals espoused by Bernie Sanders. The first two have absolutely zero overlap and pretty much hate each other, while the third group can sometimes identify with either camp depending on the issue, but pretty much think they’re both crazy and dangerous. The key point I’m trying to make is that there is no “center” in American politics anymore, and any discussion of this is pure fantasy. Moreover, any remaining center that still exists, is unlikely to exist at all in a year or so as more and more people feel forced to choose sides. When you create an environment as charged as this one where everyone is accusing their political opponents of treason, this is what you get; and it’s only going to get worse. A lot worse.

The reason it’s going to get worse, is because the charged environment that’s been created in which everyone is suspicious of everyone else can only lead to awful outcomes. Let’s start with Hillary supporters/voters. They will honestly see the Don Jr. emails and expect impeachment proceedings to begin tomorrow. Since they were already convinced of treason, they will see treason here. Most importantly, because they believe so passionately that Trump is the root of all evil as opposed to a symptom of a rotten, oligarch-owned empire in decline, they will expect other people to see things the same way. They will genuinely believe that America will unite against Trump’s “treason” and boot him out of office. This is not going to happen.

In order to understand why this will not happen, you need to understand the mindset and motivations of most Trump voters/supporters. I’ve talked extensively to a few here in Colorado and the message is clear. They aren’t big Trump fans, but rather voted for him since he represented a symbol to them, a vehicle by which to express their contempt and dissatisfaction with status quo politics, as well as disgust with the bias and propaganda emanating from corporate media. In other words, there are fews things team Trump could do with Russia to make Trump supporters turn on Trump. From their seat, his win was the greatest political victory of their lives; he prevented another Clinton Presidency. So what if they went to the Russians for a little dirt?

Finally, there’s the resurgent left. While they pretty much find Trump an unprincipled boor and disagree with almost everything he stands for, they by and large share Trump supporters’ disdain for the Clintons and their neoliberal cult. So while there’s very little overlap on policies between Trump people and Sanders people, there’s a degree of overlap when it comes to the driving spirit motivating both movements — which is that the political system is a corrupt cesspool which needs to be dealt with immediately. Hillary supporters and Never Trumpers are unlikely to receive the support they might otherwise expect from these leftists with their treason calls and moves toward impeachment, irrespective of what is contained in the email chain.

If what I wrote above rings true to you on any level, it has dire implications for the future of these United States. The first two groups, Trump supporters and Hillary supporters have absolutely nothing in common and that’s not going to change. In fact, it’s probably going to get much, much worse. Trump supporters think the Democrats and the media have been gunning for a way to remove him from office since the day he was elected, while Hillary supporters think he’s a treasonous puppet of Vladimir Putin. How can these two warring factions come to any sort of agreement on anything? The answer is, they can’t and they won’t. Meanwhile, Bernie supporters are likely to largely stay on the sidelines hoping these two sides destroy each other in their madness.

What this means going forward, is that national politics will become even less about actual principles and polices than it was before (and it wasn’t really to begin with). Rather, it will become more and more like two rival gangs that absolutely despise each other battling in all out war for total power of the U.S. government. This is a terrifying thought.

As bad as that sounds, tremendous opportunities to build better communities and voluntary governing structures will present themselves in the chaotic political environment that exists, and is likely stick around for the foreseeable future. In a country in which there may truly be irreconcilable differences, I think the best option is to move to decentralize decision-making and political life as much as possible, while retaining certain key connections to one another while we still can. We must do this peacefully and amicably. All the other likely roads look horrible to me.

As I tweeted earlier today:

From my seat, the only way to avoid one group of lunatics or another from ruling over me with stupidity, is to decentralize.

Today’s post is the first in what is likely to be a three part series. Tomorrow’s piece will focus on why I think the current environment presents the perfect opportunity for political decentralization, and why we should agree to go down this path before we start killing each other.