Mississauga, Canada – Recently, over 20,000 Muslims gathered in the Canadian City of Mississauga, as the Ahmadiyya Islamic sect held a conference that featured an Islamic exhibition, a series of lectures denouncing Islamist terrorism, and a question and answer session with Muslim scholars.

A press conference was held, according to the Independent, where members of the media were encouraged to ask questions on issues relevant to the Muslim community in a public relations effort to allow the general public gain a more comprehensive understanding of what non-extremist Islam looks and sounds like. 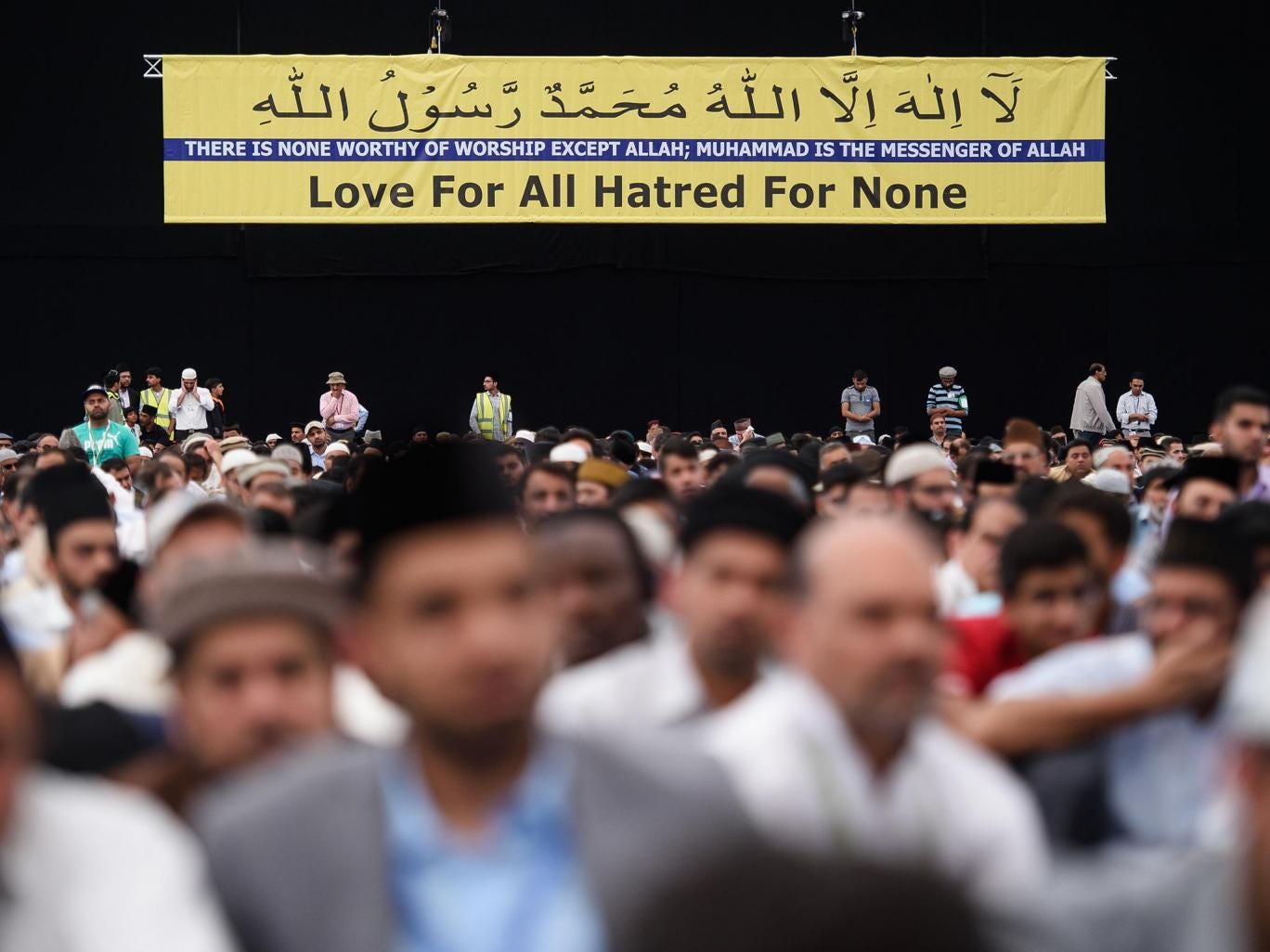 Imam Azhar Haneef, a representative of the religion’s leader, Caliph Hazrat Mirza Masroor Ahmad, also gave a speech denouncing all forms of terror. During the speech, the Imam noted that extremist concepts of Islam are “illiterate,” and stated,

“If the youth are provided a true understanding of Islam, they would never commit any violent acts…
We have been engaged in outreach efforts for decades, dating back to the very founding of our community. We are a community of peace, and love for humanity.”

The Ahmadiyya is a sect of Islam that is regarded as heretical by orthodox Muslims, as the group does not believe that Mohammed was the final prophet. The group originated in northern India in the late 19th Century. Currently, the sect’s headquarters is in London, while it’s estimated that there are between 10 and 20 million followers globally.

In fact, the lack of coverage virtually mirrors that given to Arbaeen, a massive event marking the end of the 40-day mourning period following Ashura, the religious ritual that commemorates the death of the Prophet Mohammad’s grandson, Imam Hussein in 680 AD. At the time, massive crowds paid homage to the shrines of Imam Hussein and his half-brother Abbas in Karbala, where they were killed in a revolt against the Umayyad ruler Yazeed in the 7th century AD when they refused to pledge allegiance to Yazeed’s Umayyad caliphate. The event sees women, men, elderly and children make their way to the city of Karbala for the holy day of Arbaeen.

Although Arbaeen is one of the largest organized marches in the history of the world, with tens of millions of Shia Muslims making an incredibly heartening statement by risking their lives to march through war-stricken areas to openly defy ISIS and make a statement against extremism, the massive event that would portray Islam in a vastly different public light, and potentially lessen bigotry and tensions in the West, is almost entirely ignored by Western corporate media.

In recent years, this march has taken on a dual purpose. Where it was once a march for Arbaeen, it now also acts as the Shia resistance and protest against ISIS terrorists.

In spite of this pilgrimage being one of the most massive marches in the world, the West conveniently ignores it. Arbaeen is magnitudes larger than the Hajj pilgrimage to Mecca—yet Mecca is the only event that ever receives headlines in the West. Given the recent revelation that the Shia Muslims are also marching against Daesh, one can’t help but wonder why this isn’t all over American news.

According to the Independent, organizers of the annual Arbaeen procession in the UK have previously spoken of their frustration over the lack of mainstream media coverage of the event.

“Unfortunately [some] media outlets have gone for stories that to some extent can be divisive. If a group of Muslims does something good, it’s not mentioned or the religion is not mentioned. But if someone does something [negative], it is on the front page and their religion is mentioned,” Mohammed Al-Sharifi, a volunteer at last year’s event, told the Independent.