from Pure Living for Life:

The Totalitarians Target The Food Supply 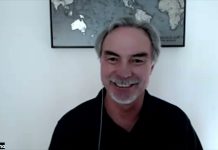 Eggs Are the New Toilet Paper with John Rubino