“Somebody, after all, had to make a start.”

I hope to update the charts on Thursday, Friday at the latest. For now, here is some other knowledge.

Some say that most of the time everyone wants to be great, because they have a natural desire for acceptance, recognition, and praise. Perhaps this is so. And alas, some wish to be great in order to set themselves apart from the rest of humanity with which they not only feel no kinship, but despise.

In a dark and pathological time, when the better parts of the human spirit are on the wane, this means that everyone wants to have power. Power becomes the standard of value, the coin of the realm in a deeply fallen world. And in such a perverse world the only virtue is greed.

Those who serve the world want to be tough guys, unafraid, quick and intemperate on the attack, harsh. Yes that is the mark of power, the formidable wielders of weapons not for a higher purpose, but for their own ends and pleasures. As if there can be any just weapon that we may take up on our own, that is not given to us by the Lord.

If by some chance that person who seeks power may desire that they could take up the sword like an avenging angel, and smite those enemies of goodness, who are all too often those who merely annoy and offend them. This is because their idea of what it is to be a human being has been subtly poisoned by the times; in their brokenness they exalt themselves.

And all too often that feeling of offense simply becomes a blind hatred of ‘the other.’ The other may merely be the different, and finally all of the weak. The will to power despises weakness. They no longer of goodness, but give themselves wholly over to the powers of darkness. And they fully become its creatures. Those who take up the sword for their own purposes, even in God’s name, will die by it in a death without redemption. 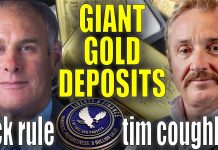