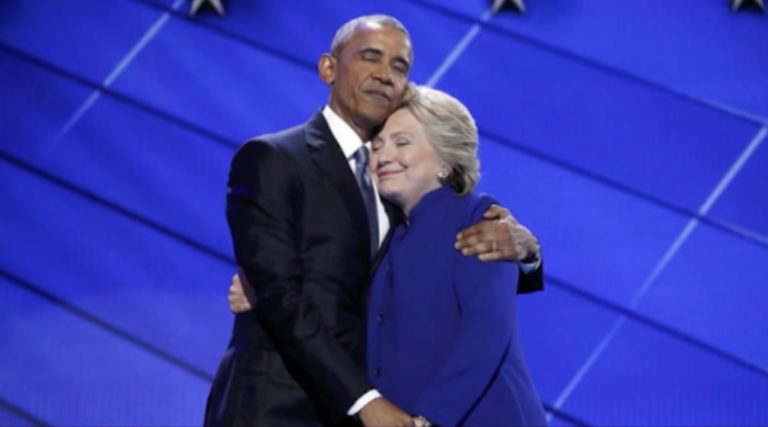 A lot of people remain in denial about the current political environment. Whether it’s a neocon Never Trumper, or a manic Hillary dead-ender, what these people all have in common is they firmly and passionately think their world is somehow coming back. They still don’t understand that the party’s over.

In our foolish apathy, we entrusted the country to these “very smart people” and they handed the entire thing over to crooked oligarchs, while simultaneously cheerleading us into a never-ending stream of reckless, inhumane imperial wars. They hollowed out and feasted on the entire nation and now, incredibly enough, have rebranded themselves as leaders of a toothless resistance to the mess they created. Delusional doesn’t even begin to describe these people. They genuinely think Trump’s rise represents some bizarre historical blip, and once the hideous blemish is removed, things can carry on as they were. That’s not going to happen.

Before I get into the thick of it, I want to revisit something I wrote a couple of weeks ago in the post, The Center Cannot Hold – Decentralize or Die:

In order to understand the long-term implications of these emails on the future of the nation, you need a good understanding of the primary warring factions in American politics today. We have Donald Trump supporters/voters, Hillary Clinton supporters/voters, and a resurgent left inspired and energized by the principles and ideals espoused by Bernie Sanders. The first two have absolutely zero overlap and pretty much hate each other, while the third group can sometimes identify with either camp depending on the issue, but pretty much think they’re both crazy and dangerous. The key point I’m trying to make is that there is no “center” in American politics anymore, and any discussion of this is pure fantasy. Moreover, any remaining center that still exists, is unlikely to exist at all in a year or so as more and more people feel forced to choose sides. When you create an environment as charged as this one where everyone is accusing their political opponents of treason, this is what you get; and it’s only going to get worse. A lot worse…

If what I wrote above rings true to you on any level, it has dire implications for the future of these United States. The first two groups, Trump supporters and Hillary supporters have absolutely nothing in common and that’s not going to change. In fact, it’s probably going to get much, much worse. Trump supporters think the Democrats and the media have been gunning for a way to remove him from office since the day he was elected, while Hillary supporters think he’s a treasonous puppet of Vladimir Putin. How can these two warring factions come to any sort of agreement on anything? The answer is, they can’t and they won’t. Meanwhile, Bernie supporters are likely to largely stay on the sidelines hoping these two sides destroy each other in their madness.

In a gross oversimplification, the above implies that the political environment going forward will be defined by a vicious battle between the Trump faction and the Hillary faction. While I think this will probably be true for much of the rest of 2017, there’s a good chance that a year from now, the union of Hillary donors, Never Trump neocons and the corporate media will find themselves increasingly irrelevant, on their way to being wiped off the political landscape forever. In its place, a more genuine opposition political movement will take form and face off against Trump on real issues.

This movement was first really seen on the national level with the candidacy of Bernie Sanders, but it takes on many different forms. The one aspect I want to discuss today due to its growing influence and potential for explosive growth, is a faction that has become known as the “Dirtbag Left.”

To get a sense of what I’m talking about, you should read an article published earlier this month at Maclean’s titled, The Rise of the Internet’s ‘Dirtbag Left.’ Here are a few excerpts:

Nagle sees the rise of the violent, hateful, and often deliberately confounding culture of the alt-right tied up inextricably with failures of the left. Where the internet was once viewed as a utopian space for free expression, and experimentation with thought and identity, it eventually became colonized by a calcified leftist sameness, thanks to sites like Tumblr and Twitter, where buzzwords and ideologies multiply and spread like viruses. There was also a certain sanctimonious and self-righteous tone that came to dominate these conversations. Certain strains of leftism—and especially those that valued identity above all other social and political categories—began to monopolize the free market of ideas, making the experience of being online if not entirely oppressive in its patrolling of ideas and verbiage, then certainly much less fun.

Many who were alienated by this culture drove deeper underground, to sites like 4chan and Reddit, where new mutations of far-right, anti-feminist, racist, Islamophobic, white supremacist ideologies—with their focus on memes, jokes, trolling and pushing back against political correctness—restored, for them, the earlier anarchic promise of the Internet. As Nagle writes, the emerging alt-right “had little in the way of a coherent commitment to conservative thought or politics, but shared an anti-PC impulse and a common aesthetic sensibility.”

The culture of call-outs and one-upping “wokeness”—a condescending term used to describe an overstated performance of political correctness—was diagnosed as far back as 2013 by British blogger and political theorist Mark Fisher. In his essay “Exiting the Vampire’s Castle,” Fisher decried the “stench of bad conscience and witch-hunting moralism” that emanated from the online social-justice set. He also identified the collective paralysis among those on the left who disagreed with those tactics, a “fear that they will be the next one to be outed, exposed, condemned.” Fisher, predictably, became a target of such condemnation after his essay was published; many ghouls returned to mock him when he committed suicide earlier this year.

“Anyone on the left with any independence of mind has experienced this backlash,” says Nagle. “People will look back at this period as a moment of madness—if it ends. I feel like there’s much more of an exciting, funnier left-wing culture emerging around people who are critics of it. That’s not a coincidence. You can’t be a puritanical purger and have a sense of humor.

Enter a new culture of the online left. It’s a reinvigorated wing that’s simultaneously anti-alt-right, anti-PC and anti-SJW, anti-centrist and against liberal-democratic line-toeing. It’s a movement that uses many of the tactics of the online alt-right—humour, memes, Twitter trolling and open animosity—while remaining committed to progressive leftist ideology. It’s sometimes called the “alt-left” or the “vulgar left,” or the “Dirtbag Left”—a term coined by Brooklyn based writer, podcaster, and activist Amber A’Lee Frost.

Frost is a co-host of the popular politics podcast Chapo Trap House. Founded by politically savvy Twitter jokers Will Menaker, Felix Biederman and Matt Christman, Chapo Trap House gained massive traction during the 2016 U.S. presidential primaries among online factions of “Weird Twitter” and “Left Twitter” who were eager to push back against the ascendency of war-hawk Democratic candidate Hillary Clinton and stem the tides of #ImWithHer memes. “Twitter was poised to examine the primaries in a way that the established media either would not or could not,” Frost writes in an e-mail. “This was a great moment in terms of consciousness-raising and communication.”

From my seat, there are three really important aspects of the “Dirtbag Left” that makes it a very potent political phenomenon. First, it doesn’t hold back or pay tribute to the PC speech-policing cultists. People across the political spectrum are sick and tired of people pushing this idea that “language is violence” in order to censor not just political speech, but also comedy. In fact, what attracted many people to the “alt-right” or “alt-light” was simple rebellion against the increased stupidity of political correctness even if they didn’t have much in common with the political positions of Trump. The dirtbag left is quickly taking that advantage away.