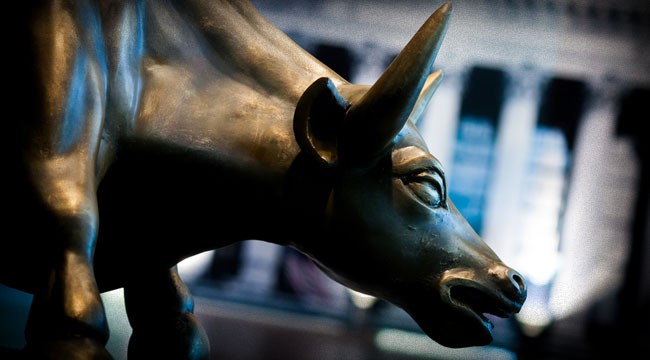 Washington is not governing. What was expected after the election by Wall Street was a rebirth of growth through pro-business policies, a giant stimulus from tax cuts and a sweeping infrastructure package within the economy. Growth expectations have been languished and slowly ground to a halt at near 1{5f621241b214ad2ec6cd4f506191303eb2f57539ef282de243c880c2b328a528} GDP growth.

All of the expectations that have been priced into the market and still linger will eventually come to terms with the fact that none of the anticipated growth is happening.

Government leadership hasn’t even started on a tax bill yet. They also haven’t started on the budget resolution for fiscal year 2018. There is a somewhat arcane machinery for the fiscal process to passing such a bill but without a reconciliation instruction.

Currently there is a filibuster proof majority in the Senate holding 60 votes. What that means is there’s not a snowball’s chance of anything passing. There would need to be a reconciliation instruction for the 2018 budget that would begin October 1st in order to bring a tax bill through committee and to the floor of both houses.

Congress hasn’t even started the budget resolution process and while some people may think it’s still early, the hour is late. There are very few legislative days left between now and the start of the new fiscal year and we don’t even have any semblance of a budget resolution.

Revenues, spending and tax policy must be approved and voted upon with consensus in the Republican majority. Achieving all of that in the House and the Senate is going to be virtually impossible. This is why the stimulative tax bill that was expected is dead in the water.

Now we are in early July and we’ve had weeks and months of the Trump presidency go by with almost nothing to show for it, other than controversy and continued efforts to relitigate over Russia. Because of all of this distraction, there has been virtually nothing done and even on the simple priority of repeal and replace Obamacare, we’re essentially nowhere.

I think the leading indicator is that if Congress can’t even repeal and replace Obamacare, when it was the substantial issue that Trump ran on during the campaign, that the Imperial City is frozen.

The only reason that I can see why the stock market remains at peak bull is the same reason why the S&P 500 is sitting up at $2,450. It’s what I call the nosebleed section of history on a valuation basis.

The question is, why believe that it’s safe to be in the casino and pay 25 times earnings this late in the cycle, when a recession is inevitable within the next year or two? Earnings are going to collapse $50 or $30 a share – just like what happened last time.

Why would you keep paying such high multiples for earnings that are bound to decline big? In a high risk/reward atmosphere, the likelihood of upside gains from $2,450, where it was a couple days ago on the S&P 500, is comparable to the downside risk if and when the economy dives.

We are now at peak bull. The only thing holding this together is a belief that somehow, despite the media eating Trump alive, robo machines and day traders refuse to see this coming. It can only be explained by a belief that Donald Trump is going to pull a rabbit out of a hat and we’re going to get the second coming of Ronald Reagan.

Even if we could get the second coming of Ronald Reagan, we wouldn’t want it because the 1980’s were not all they’re cracked up to be. Not to jump on Ronald Reagan, he was in many ways a great President, far better than most. He did have the right intentions, the right philosophy, he was a small government conservative who wanted lower taxes, etc.

What is important to remember is that none of what Reagan anticipated panned out. When the politicians got ahold of the White House, the tax bill and spending proposals, they failed dead on the spot and ended up with a big tax cut and massive stimulus.

That wasn’t the supply side of Reaganism. It was accidental Keynesian debt-fueled deficit funded stimulus that helped the economy for a few years. It did not have a lasting effect, and is not something we can do today because we currently hold $20 trillion in debt.