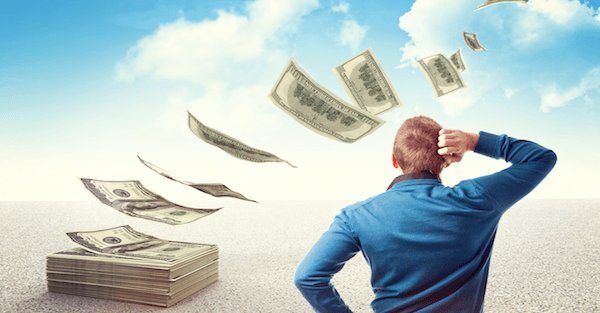 Look, I like Netflix. House of Cards is entertaining.

But you shouldn’t invest in a business based on its number of customers and quality of content alone.

And if you dive into the company’s numbers, you’ll see immediately that Netflix is hemorrhaging cash.

To be fair, Netflix earned a profit last quarter. But as we’ve discussed before, ‘profit’ (or ‘net income’) is extremely misleading.

Accountants use all sorts phony accounting tricks to manipulate a company’s net income. So, if you really want a good understanding of a company’s performance, take a look at its Cashflow Statement.

The Cashflow Statement strips out all the accounting nonsense and simply shows whether or not a business made money.

So, while Netflix has a record number of viewers, the operating cashflow of the business was actually NEGATIVE $1.9 billion over the last twelve months.

And things get worse…

If you include the additional capital investments the company has to make in order to stay in business and remain competitive (like acquiring new content), the total “Free Cash Flow” is NEGATIVE $2.2 billion.

And the business doesn’t expect this to change anytime soon.

On its Investor Relations website, Netflix clearly states that its aggressive investments will “continue to weigh on [Free Cash Flow], even after we achieve material global profitability.”

Translation: Even if Netflix is successful, it still plans on burning through cash.

So, yes, Netflix is great for consumers.

But as an investment the business continues to lose billions of dollars and pile up debt. It also has to compete with Amazon, Google, Facebook and every other media company in the world.

Remember, when you buy shares of a company, you become an owner of that business. And you want to make sure the business is financially sound.

If the owner of the local car repair shop was losing money every year and piling on debt, would you want to buy that business? You’d probably tell them to take a hike.

Or, if you wanted to risk it, you wouldn’t pay an obscene valuation for it.

But that’s exactly what’s happening here. Because Netflix and other tech companies like Tesla are “in the spotlight,” investors are buying regardless of valuation.

Look, I get it. Scoreboard. Buying expensive, popular stocks has been profitable for investors…

And it could be a winning formula for the foreseeable future.

But we know there will be a top. There always is.

Ask yourself… With companies like Netflix and Tesla losing billions of dollars, racking up debt and trading at obscene valuations – do you think we’re closer to a market top, or a bottom?

Nothing goes up (or down) in a straight line forever. Markets always have been, and always will be, cyclical.

And today, by nearly every conventional metric, the biggest companies in the market are incredibly overpriced.