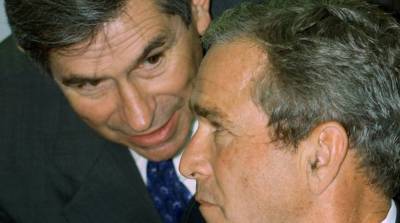 An excellent article from one of our favorite Russia authors pointing out similar patterns in the destruction of Yugoslavia, Libya, and Syria

A resource-rich, socialist-led, multi-ethnic secular state, with an economic system characterized by a high level of public/social ownership and generous provision of welfare, education and social services.

An independent foreign policy with friendship and good commercial ties with Russia, support for Palestine and African and Arab unity – and historical backing for anti-imperialist movements.

Social progress in a number of areas, including women’s emancipation.
The above accurately describes the Federal Republic of Yugoslavia, the Libyan Arab Jamahiriya and the Syrian Arab Republic. Three countries in three different continents, which had so much in common.

All three had governments which described themselves as socialist. All three pursued a foreign policy independent of Washington and NATO. And all three were targeted for regime change/destruction by the US and its allies using remarkably similar methods.

The first step of the imperial predators was the imposition of draconian economic sanctions used to cripple their economies, weaken their governments (always referred to as ‘a/the regime’) and create political unrest. From 1992-95, and again in 1998, Yugoslavia was hit by the harshest sanctions ever imposed on a European state. The sanctions even involved an EU ban on the state-owned passenger airliner JAT

Libya was under US sanctions from the 1980s until 2004, and then again in 2011, the year the country with the highest Human Development Index in Africa was bombed back to the Stone Age.

Syria has been sanctioned by the US since 2004 with a significant increase in the severity of the measures in 2011 when the regime change op moved into top gear.
The second step was the backing of armed militias/terrorist proxies to destabilise the countries and help overthrow these “regimes”. The strategy was relatively simple. Terrorist attacks and the killing of state officials and soldiers would provoke a military response from ‘the regime, whose leader would then be condemned for ‘killing his own people’ (or in the case of Milosevic, other ethnic groups), and used to ramp up the case for a ‘humanitarian intervention’ by the US and its allies.

In Yugoslavia, the US-proxy force was the Kosovan Liberation Army, who were given training and logistical support by the West.

In Libya, groups linked to al-Qaeda, like the Libyan Islamic Fighting Group, were provided assistance, with NATO effectively acting as al-Qaeda’s air force

In Syria, there was massive support for anti-government Islamist fighters, euphemistically labelled ‘moderate rebels.’ It didn’t matter to the ‘regime changers’ that weapons supplied to ‘moderate rebels’ ended up in the hands of groups like ISIS. On the contrary, a declassified secret US intelligence report from 2012 showed that the Western powers welcomed the possible establishment of a Salafist principality in eastern Syria, seeing it as a means of isolating ‘the Syrian regime’.

Stacking the Court Pelosi Backs Down