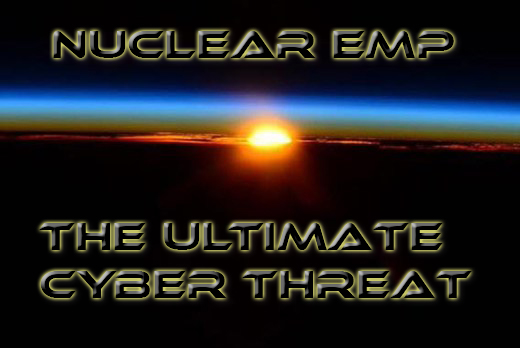 New-design nuclear weapons — and new operational plans — are needed for deterring and defeating the new way of warfare being planned by our potential enemies.

They envision using low-yield nuclear weapons, specially designed to generate EMP, what Russia calls Super-EMP weapons. EMP attack detonates a warhead in outer space. So no blast, radiation, or other nuclear effects reach the ground, only the EMP.

Nuclear EMP attack is variously described by Russian, Chinese, and others as “Electronic Warfare,” “Information Warfare,” or “Cyber Warfare” — but not nuclear warfare.

An article in the Russian General Staff’s journal Military Thought, “Weak Points of the U.S. Concept of Network-Centric Warfare” recommends nuclear EMP attack to defeat the U.S. by “electronic warfare,” “American forces may be vulnerable to electronic warfare attacks, in particular, an electromagnetic pulse that is a brief powerful electromagnetic field capable of overloading or destroying numerous electronic systems . . . A single low-yield nuclear weapon exploded for this purpose high above the area of combat operations can generate an electromagnetic pulse covering a large area and destroying electronic equipment without loss of life that is caused by the blast or radiation.”

Moreover, the article adds, “Today, too, a considerable body of administrative information in the U.S. armed forces goes through the civilian Internet. Many commercial communication satellites, particularly satellites in low orbits, can have their functions impaired or they can be disabled by electromagnetic shocks from high altitudes.”

China’s military doctrine sounds an identical theme. According to the People’s Liberation Army textbook, World War, the Third World War — Total Information Warfare, a nuclear EMP attack is part of “information warfare,” “With their massive destructiveness, long-range nuclear weapons have combined with highly sophisticated information technology and information warfare under nuclear deterrence . . . As soon as its computer networks come under attack and are destroyed, the country will slip into a state of paralysis and the lives of its people will ground to a halt.

“Therefore, China should focus on measures to counter computer viruses, nuclear electromagnetic pulse . . . and quickly achieve breakthroughs in those technologies in order to equip China without delay with equivalent deterrence that will enable it to stand up to the military powers in the information age and neutralize and check the deterrence of Western powers, including the United States.”