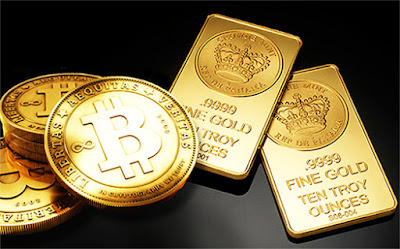 More than a month ago, well known metals analyst and industry whistleblower Andrew Maguire dropped a bombshell during an interview with King World News that an entity was going to come into the gold market seeking to purchase 250 tons of metal in one fell swoop. Later discussions and interviews seemed to assert that this buying would be done by one or more sovereign governments, but on July 20, there appears to be a secondary outlet tied to Maguire’s information that is requiring massive amounts of physical gold and silver to facilitate the creation of a new metals backed cryptocurrency.

We have been following the somewhat cryptic comments that London metals trader Andrew Maguire has made about an event coming in the gold market that he suggests will be significant. We submitted a brief written set of questions to his representative to get more details, but have not heard back yet. We believe Mr. Maguire has probably been traveling and working on activities related to the launch of the new product he has hinted at. If he does get time to reply, we will publish his answers to the questions.

Meanwhile, we did a little sleuthing and actually have found quite a bit of information about this new gold backed cryptocurrency. David Gibson of Goldvu.com confirmed by email that this is the new product Andrew was talking about. It will be called Bullioncoin. Here is quite a bit more detail about it. Below are some key bullet points from the web site on how it will work and then a few added comments.

SIMPLE SUMMARY OF HOW IT ALL WORKS

The following is a simple overview of the whole BCX and BullionCoin process:

1.Primary market participants buy physical precious metals at the wholesale contract rates & hold Title of Ownership to it
2. Those participants then authorise for BullionCoins to be created/minted against their precious metals
3. Minting / creating BullionCoins is just a process of digitisation of the Title of Ownership to that metal
4. Primary market participants then sell those digital coins into the secondary (retail) market
5. That sale, is the selling of the Title of Ownership from the primary market participant to multiple retail investors
6. The digital coins that those investors now hold, act as an electronic Bearer’s Title to the physical gold & silver that’s backing it
7. Coin holders can use them in transactions and trades, in the same way that you use fiat currency
8. As the coins are electronic Bearer’s Titles to the physical precious metals backing them, investors holding those coins can then redeem them at any time in exchange for the equivalent quantity of physical gold & silver that those coins represent

My added comments: Now that we see how this new gold backed cryptocurrency product will work, a question in my mind was if the 250 tons of gold buy orders that Andrew Maguire has talked about recently might tie in to the launch for this new product. I am advised by David Gibson of GoldVu (see email exchanges below) that the two events are likely separate and that as far as he (David Gibson) knows the 250 tons of sovereign gold buy order does not relate to the launch of the new gold backed cryptocurrency – only Andrew can confirm that.

This is an interesting new product. It appears to actually combine block chain technology with a new cryptocurrency coin 100{5f621241b214ad2ec6cd4f506191303eb2f57539ef282de243c880c2b328a528} backed by physical gold and silver. The gold Bullioncoin will be equivalent to one gram of gold while the silver Bullioncoin will be equivalent to 50 grams of silver. (note: 1 troy ounce = 31.1 grams) – Larry White via Silver Doctors