by Ethan A. Huff, Natural News:

There’s an upcoming fork in the road, and the popular online cryptocurrency Bitcoin is headed straight towards it. It could finally be the breaking point that Bitcoin needs to set a definitive standard for trading and transactions – or it could be an absolute nightmare that leads to a collapse. Not knowing makes Bitcoin an extremely volatile holding at this point in time, and a cryptocurrency expert has predicted a massive sell-off by August 1 as a result.

Kevin Lawton is a tech entrepreneur who’s successfully launched 10 different startups. He also knows a thing or two about Bitcoin, and during a recent interview with USA Watchdog‘s Greg Hunter spilled the beans about what he sees as impending doom for the digital currency – at least in the short term.

Basically what’s happening is that there are two schools of thought as to how to deal with ongoing problems in Bitcoin land. Transactions are slow and ever-worsening as more and more people use the crypto coin to buy and sell without the need for fiat currency. Those who developed Bitcoin have an idea as to how to address this, but so do “miners” and everyday folks who trade with the stuff – and the two ideas differ substantially.

“They are sort of like two camps, and they have really split off. The developers have a proposal … and that will probably roll out around August 1. Then, on the other side, big money people and payment processors and miners … they have their own proposal, and they want to do more than the developers want to do.” (Related: To keep up with the latest Bitcoin news, be sure to bookmark BitcoinCrash.news.)

Bitcoin ‘fork’ could be reason enough to liquidate, Lawton says

It’s not that Bitcoin is inherently bad, nor is the concept itself a failure. Cryptocurrency has a lot of potential to unhinge a society from the shackles of private, central bank-issued fiat currency, for instance, that can easily be manipulated and controlled by third parties. Since it functions on a peer-to-peer basis, cryptocurrency truly can be money by the people and for the people – completely decentralized from federal intrusion.

The problem is that many people are using Bitcoin for speculative purposes, which has greatly driven up costs and turned it into more of a high-risk investment than an actual currency. The other problem is the upcoming “fork” that will split the blockchain into two, potentially creating some very serious problems for Bitcoin users.

Bitcoin: Revolutionary Money in a Time of Universal Deceit

“You’d Have To Shut Down The Internet” To Ban Bitcoin, Says SEC’s Hester Peirce 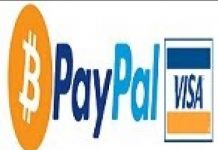