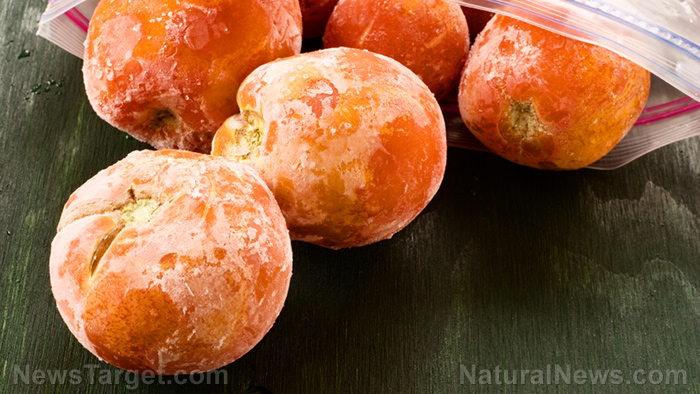 It was previously believed that frozen fruits and vegetables contain lower nutritional value compared with their fresh counterparts, and that essential vitamins and minerals deplete during the freezing process. However, an article published in The Guardian‘s website stressed that today’s newer techniques involving blanching prior to flash freezing have significantly improved nutrient retention in frozen fruits and vegetables.

The article also noted that fresh produce lose essential nutrients too. According to the article, certain vegetables such as green peas lose a little more than 50 percent of their vitamin C content during the first 24 to 48 hours after picking.

In addition, the article cited a few studies indicating that nutrient content in both fresh and frozen produce may not be as different as previously thought. For instance, a study carried out by researchers University of California revealed that certain frozen foods may turn out to be healthier fare than fresh ones. As part of the study, the research team examined eight different fresh and frozen fruits and vegetables — including corn, broccoli, spinach, carrots, peas, green beans, strawberries and blueberries — and assessed their nutritional content. The results showed no consistent differences in the nutritional value between fresh and frozen produce.

The researchers also noted that frozen corn, green beans, and blueberries had higher vitamin C content compared with fresh ones. Also, frozen broccoli had higher riboflavin levels than fresh broccoli. However, fresh peas had higher amounts of riboflavin than frozen peas. In addition, the experts did not observe a significant difference between fresh and frozen fruits and vegetables in terms of fiber content. The levels of essential minerals such as magnesium, calcium, zinc, and iron were also no different between fresh and frozen produce.

Experts weigh in on fresh vs. frozen produce conundrum

A study conducted by scientists at the Institute of Food Research also showed that frozen foods may indeed contain more nutrients than their fresh counterparts as it can take up to two weeks for fresh produce to be purchased and cooked. Likewise, the researchers noted that green beans had already lost 45 percent of its nutrients after 16 days. The study also revealed that cauliflowers lost 25 percent of their nutrients during the same period, while garden peas lost up to 15 percent, and carrots up to 10 percent.

“The nutritional content of fresh vegetables begins to deteriorate from the minute they’re picked. This means that by the time they end up on our plate, although we may think we’re reaping the vegetable’s full nutritional benefits, this is often not the case,” said nutritionist Dr. Sarah Schenker.

“Canned and frozen veggies (low-sodium versions) are picked and harvested at their nutritional peak, and can be much more economical for people trying to eat healthy on a budget. Many of my clients are trying to watch their food dollars closely. I suggest to my clients to choose local fruits and vegetables in season to get the most nutritional bang for their buck.