Trump may have broken a personal tweetstorm record on Saturday morning, when starting shortly after 6:30am, in a furious blast of ten tweets (and still going), Trump lashed out at the “Amazon Washington Post”, the “failing New York Times”, touched on his right to pardon, questioned why the Attorney General isn’t looking at the “many Hillary Clinton or Comey crimes” and the “33,000 emails deleted”, asked “what about the Clinton ties to Russia including Podesta Company, Uranium deal, Russian reset, big dollar speeches”, compared Donald Jr.’s email disclosure to Hillary Clinton’s email deletion “and acid wash” of her 33,000 emails, slammed “dead ObamaCare”, and finally (at least for now) slammed both Republican senators who must “step up to the plate and vote to Repeal and Replace”, as well as Democrat Senators who are “obstructionists, no ideas or votes.”

The tweet that has attracted the most media attention so far, is Trump’s assertion that he has “complete power to pardon” following reports that he was discussing his ability to pardon people in the ongoing investigation into ties between his campaign and Russia. “While all agree the U. S. President has the complete power to pardon, why think of that when only crime so far is LEAKS against us.FAKE NEWS.”

Meanwhile on Friday, the White House on Friday would not rule out the possibility that Trump would issue pardons in the investigation. “The president maintains pardon powers like any president would,” White House Press Secretary Sarah Huckabee Sanders said, but added that “there are no announcements” about pardons at this time.

Additionally, in one of the more bizarre tweets, Trump alleged The New York Times “foiled” a U.S. attack on the leader of the Islamic State, Al-Baghdadi despite conflicting reports over the past two weeks that he may have been killed in a Russian air strike, suggesting the paper has a “sick agenda” that hurts national security.

It was unclear why the president held the Times responsible or what attack he meant. On Friday, Defense Secretary Jim Mattis said that he believes al-Baghdadi is still alive. The NYT quoted Mattis telling Pentagon reporters that “I think Baghdadi’s alive. Until I see his body, I am going to assume he is alive.”

Ironically, while Trump slammed the “failing New York Times” on Saturday, and many times in the past, it was the NYT that Trump recently gave a rare wide-ranging one-on-one interview in the Oval Office.

As for the rest of his tweets, here they are in all their bizarre tweetstorm glory: 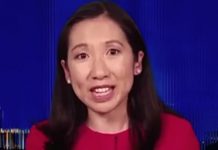