by Teeka Tiwari, via Casey Research:

I wanted to send our readers a quick update about the overall volatility in cryptocurrency markets.

For those of you who are new to cryptos, this type of volatility may be unsettling.

But for those of you who have been following me since early last year, you know this is par for the course:

The point is: These assets are volatile—just like the dot-com stocks were in the 1990s.

Three Things You Need to Know to Ride Volatility 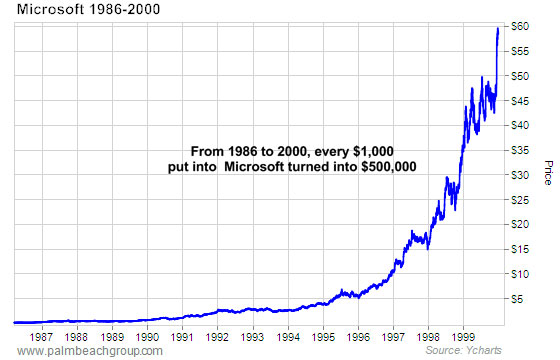 It’s tough to see how volatile Microsoft was on the long-term chart.

So I’ve included some zoomed-in shots to show you what it was like to “live” with Microsoft.

You can see in the chart below that in Microsoft’s first decade as a public company, it was highly volatile. Much like how bitcoin and many others are today. 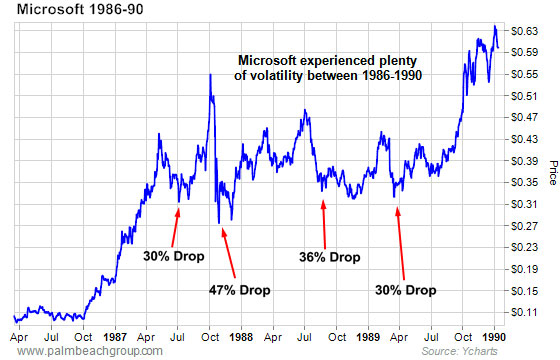 This volatility moderated somewhat in the ’90s (see chart below). 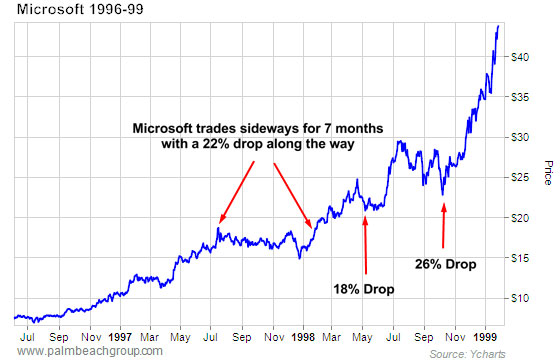 You can see that even though we were in the biggest bull market in history in the ’90s, Microsoft was still very volatile and oftentimes quite boring.