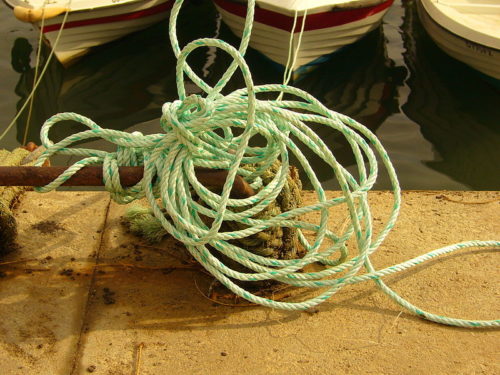 The Federal Reserve is telegraphing that it is going to begin its great unwind in September. It’s going to untie its own (in my view) not untiable knot. I’m writing the article to ask you to ponder the conundrum with me. Can the Fed undue its quantitative easing without undoing the recovery it fashioned out of that easing?

I’m starting with the premise that the Fed is trying to talk up the reduction of its balance sheet, starting in September, because it actually wants to unwind and still hasn’t realized it cannot. The premise, of course, may be wrong. They could simply be lying.

I believe the Fed WILL start to unwind, as they’ve said they will, and havoc will begin in stocks and bonds and housing and all kinds of markets as quickly as the Fed starts to do what it has long said it will do and people begin to see that it cannot do it.

Here is why I think everything falls apart: As soon as the Federal Reserve starts to unload assets (being mostly bonds/derivatives), they will have to unload their junk (for that is mostly what they soaked up) at a price that will entice others to buy their junk. I would think it takes a pretty high price (interest) to get investors to buy up junk that was, at one time, believed to be a size of risk that only the Fed could withstand. Rising interest on bonds will tend to draw money out of stocks, so stocks will fall unless they receive even more extraordinary propping than what we have learned about recently with the Swiss National Bank buying huge amounts of US stocks.

The rise of interest on bonds will also have the collateral effect of making all debts less sustainable at a time when the nation is extraordinarily top-heavy in debt. That will not only increase the United States already rising deficit, but it will make Trump’s fiscal stimulus impossible (as if it were not already going to create its own interest increase that will undo itself) because the debt for Trump’s stimulus plans will have to compete with the debt the Fed is trying to unload and the debt the government already has to refinance.

The Fed used quantitative easing in order to lower interest rates (especially long-term interest rates, such as on mortgages) and to increase liquidity, so I don’t see how they unwind it without causing interest rates to rise. A rise in mortgage rates will cause the latest housing bubble to collapse. Many have seen this conglomeration of collateral problems coming (or, at least, something like it), but the Fed continues to tell everyone it can manage its way through all of that.

I think most markets have just been covering their eyes, saying, “Well … OKaaaay….” but have no idea how the Fed will actually be able to do that. It’s just blind trust on the part of investors in order to avoid thinking about the party ending. They are saying, “Well, the omniscient Fed gave us a recovery and made us rich on stocks and bonds all at the same time, so they will be able to do this, too.” But what the Fed is about to attempt to do is to reverse the cause of all of that without reversing the effect. I don’t believe Fed omniscience can go that far. The problem with central planners is that national economies always prove more complex than they can manage. Our planners are no better. In fact, they have much less experience at central engineering of the economy and fewer levers of control.