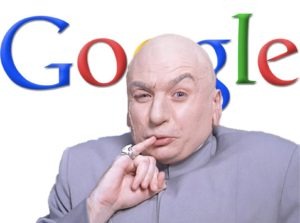 I’m sure all of you heard about the $2.7 billion fine imposed by the EU on Google as a result of its anti-competitive behavior, but not many of you probably know exactly what the search giant did to earn it. To shine some light on the topic, let’s take a look at a few excerpts from a recent article written by Silicon Valley antitrust lawyer Gary Reback.

Below are some choice excerpts from the piece, You Should Be Outraged at Google’s Anti-Competitive Behavior:

Before 2007, if a user searched for a product on Google, other sites listing prices for that product would appear among the general search results, ranked in the order of their quality to users. These “comparison shopping sites” were designed to identify merchants with the lowest prices. The more accurate and comprehensive their results, the higher they were ranked and the more traffic they generated.

To address this, Google developed a cunning plan, the first phase of which was documented in a report by the FTC. Portions of the report were published by the Wall Street Journal more than two years ago.

Quoting internal Google documents and emails, the report shows that the company created a list of rival comparison shopping sites that it would artificially lower in the general search results, even though tests showed that Google users “liked the quality of the [rival] sites” and gave negative feedback on the proposed changes.

Google reworked its search algorithm at least four times, the documents show, and altered its established rating criteria before the proposed changes received “slightly positive” user feedback. Internal Google documents predicted that the proposed changes would reduce rivals’ user traffic up to 20 percent and subsequently reported producing the desired results once the changes were implemented.

At the same time, Google started putting the results from its own comparison shopping service at the top of search results. After these changes, the only source of low-price information readily available on Google’s search platform came from Google’s own comparison shopping service, known at the time as Google Product Search, which listed the lowest prices for products in its database at no charge to merchants.

Google’s conduct certainly hurt its rivals, particularly after a second round of search-listing demotions documented by the European Union. Many companies have been forced to lay off all of their employees and even shut down operations.

In 2012, Google took the extraordinary step to kill Google Product Search, replacing it with Google Shopping. This new service did not display the lowest price (or even a low price) in the general search results; rather, it displayed ads at the top of the search results page in response to the user’s search term. The ads were carefully placed by Google’s algorithms to minimize price competition among merchants, by, for example, showing ads next to each other that featured different product models at different price points.

Google Shopping also permitted merchants to purchase ads on a separate shopping page. Merchants — no longer promoted in search results for having lower prices — now must pay for better placement. Not surprisingly, they have raised prices to cover these costs.

Google’s competitors argued in a study, which I submitted to the European Commission a few years ago, that the prices in Google Shopping ads for specified products on search results pages were among the highest in Google’s database. Google’s displayed prices for everyday products, such as watches, anti-wrinkle cream and wireless routers, were roughly 50 percent higher — sometimes more — than those on rival sites. A subsequent study by a consumer protection group found similar results. A study by the Financial Times also documented the higher prices.

The Post’s editorial board claimed that the online availability of large merchant sites might restrain Google’s power over consumers. But those sites haven’t stopped Google from executing its plan so far. There is no denying that Google eliminated services showing the lowest prices, free to merchants, and replaced them with high-priced ads.

Some people like to blame all of the world’s problems on government. Others blame business for everything that ever goes wrong. I don’t fall into either of these categories. I think the greatest threat to humanity, freedom and our overall happiness comes down to concentrations of power. Too much concentration of power within business or government ultimately leads to tyranny and oppression, and the best solution is for all of us to fight against concentrations of power in all its manifestations. Personally, I think Google has far too much power in a service as important to modern life as search, and it seems executives there are doing what always happens with concentrated power — abusing their position.