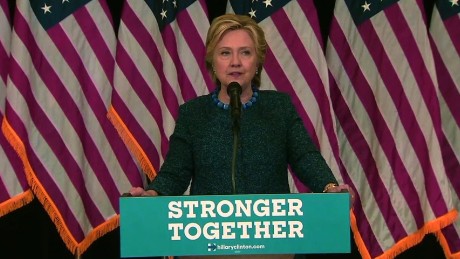 A group of House conservatives has filed an amendment asking the Justice Department for information related to former FBI Director James Comey’s handling of the Hillary Clinton email case.

The amendment, first reported by the Washington Post, demands information on “leaks by James B. Comey,” on “the propriety and consequence of immunity deals given to possible Hillary Clinton co-conspirators” and Comey’s decision to “usurp the authority of then-Attorney General Loretta Lynch in his unusual announcement that criminal charges would not be brought against” Clinton.

Rep. Andy Biggs, R-Ariz., a co-sponsor of the amendment, told the Washington Examiner he aims to “push back” against “accusations” that are distracting from the agenda of President Trump and Republicans in Congress.

“The bottom line is we are tired of passively letting people make accusations to overcrowd our agenda and they ought to respond to claims we know exist about their misconduct,” Biggs said in an interview, referring to Clinton and other Democrats targeted in the amendment, including Susan Rice, former President Barack Obama’s national security adviser.

“For the past several years, Democrats have obstructed justice and blocked every Congressional investigation imaginable,” said Rep. Jim Jordan, R-Ohio, another sponsor of the amendment, in a statement to the Washington Examiner. “Both parties have criticized James Comey over the past year for his performance as FBI director. Even Sen. Feinstein [Dianne] says there should be an investigation into Loretta Lynch and James Comey’s handling of the Clinton investigation. Let’s have a special counsel for that and see how serious congressional Democrats are about getting to the truth.”

The amendment, also sponsored by Reps. Matt Gaetz, R-Fla., and Mike Johnson, R-La., will be attached to a bill from Rep. Pramila Jayapal, D-Wash., that requests the Justice Department provide documents related to Comey’s firing.

In recent days, Trump has complained on Twitter that Attorney General Jeff Sessions has not moved to investigate Clinton on other issues unrelated to her use of a private email server while she was secretary of state. However, when he was president-elect, Trump said that he would not pursue a new investigation of Clinton.

“I don’t want to hurt the Clintons, I really don’t,” Trump told reporters in November. “She went through a lot and suffered greatly in many different ways, and I am not looking to hurt them at all. The campaign was vicious.”

The conservative-authored amendment asks the Justice Department to explain why the FBI did not further investigate Clinton for “selling access to the U.S. State Department through Clinton Foundation donations.”

Biggs insisted he and his colleagues did not file their amendment to do the bidding of Trump.

“This is a matter of seeking justice,” Biggs said. “It’s what this is always about. If you don’t seek justice, people lose faith and confidence in their representatives.”