Looking back at gold’s performance since 1979, August and September are big months for the yellow metal. What is the cause? No one really knows but there are some theories that have been thrown around.

The adage “sell in May and go away” is common in the mining sector. Investors are back from vacation and ready to deploy their cash in a big way. Concurrently, the largest financial crashes have occurred in September and October, investors are also buying gold to hedge their portfolios.

Indian wedding season is huge for gold, and if you have ever been to a traditional Indian, its easy to see why India is the World’s largest consumer of gold jewelry. Throw Christmas into the mix, and you have the perfect retail storm.

Lastly, the European Central Bank and 20 other European central banks are currently governed by a Central Bank Gold Agreement, which ensures all banks operate with transparency and do not engage in large uncoordinated gold sales. The Agreement dictates the limit in sales, and resets every September, meaning the market may see less selling activity.

In the 38 years we used for the chart, August had only 14 years of negative returns, while September had 13. Regardless if these theories are true or not, its hard to ignore the decades of data that suggest the best months of gold are yet to come. 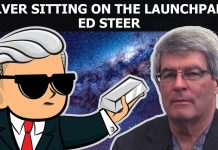