Gold’s medium- to long-term investment case, I believe, looks even brighter. Many unsettling risks loom on the horizon—not least of which is a record amount of global debt—that could potentially spell trouble for the investor who hasn’t adequately prepared with some allocation in a “safe haven.”

According to the highly-respected Institute of International Finance (IIF), global debt levels reached an astronomical $217 trillion in the first quarter of 2017—that’s 327 percent of world gross domestic product (GDP). Notice that before the financial crisis, global debt was “only” around $150 trillion, meaning we’ve added close to $120 trillion in as little as a decade. Much of the leveraging occurred in emerging markets, specifically China, which is spending big on international infrastructure projects.

The Numbers Are Screaming That A Giant Tsunami Of U.S. Layoffs Has Now Begun 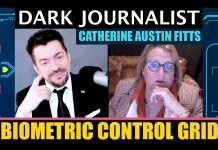