from How To Live in the US: 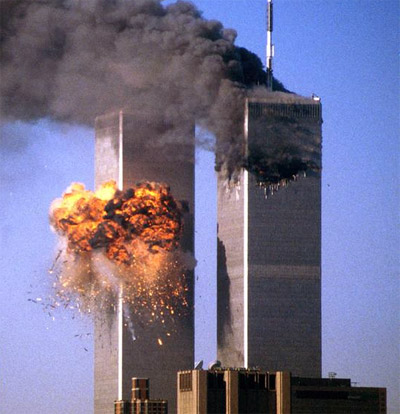 Steven Jones is a former full professor of physics at Brigham Young University, his major research interests have been in the areas of fusion, solar energy, and archaeometry. He has authored or co-authored a number of papers documenting evidence of extremely high temperatures during the WTC destruction and evidence of unreacted nano-thermitic material in the WTC dust.

Robert Korol is a professor emeritus of civil engineering at McMaster University in Ontario, Canada, as well as a fellow of the Canadian Society for Civil Engineering and the Engineering Institute of Canada. His major research interests have been in the areas of structural mechanics and steel structures. More recently, he has undertaken experimental research into the post-buckling resistance of H-shaped steel columns and into the energy absorption associated with pulverization of concrete floors.

Anthony Szamboti is a mechanical design engineer with over 25 years of structural design experience in the aerospace and communications industries. Since 2006, he has authored or co-authored a number of technical papers on the WTC high-rise failures that are published in the Journal of 9/11 Studies and in the International Journal of Protective Structures.

Ted Walter is the director of strategy and development for Architects & Engineers for 9/11 Truth (AE911Truth), a nonprofit organization that today represents more than 2,500 architects and engineers. In 2015, he authored AE- 911Truth’s Beyond Misinformation: What Science Says About the Destruction of World Trade Center Buildings 1, 2, and 7. He holds a Master of Public Policy degree from the University of California, Berkeley.

Together, they recently published a paper titled “15 Years Later, On The Physics Of High-Rise Building Collapses” in the European Scientific Journal.“

Related Post: A High-Ranking Freemason Just Got Caught Hacking The Vatican & ECB
In it, they conclude that:

It bears repeating that fires have never caused the total collapse of a steel-framed high-rise before or since 9/11. Did we witness an unprecedented event three separate times on September 11, 2001? The NIST reports, which attempted to support that unlikely conclusion, fail to persuade a growing number of architects, engineers, and scientists. Instead, the evidence points overwhelmingly to the conclusion that all three buildings were destroyed by controlled demolition. Given the far-reaching implications, it is morally imperative that this hypothesis be the subject of a truly scientific and impartial investigation by responsible authorities.

Apart from all of the evidence presented in the paper, they also point out how more than 125 first responders were documented saying that they saw hear, and/or felt explosions prior to and/or during the collapses.

It’s also emphasized in the study that the collapse mechanics are only a fraction of the available evidence indicating that the airplane impacts and fires had nothing to do with the building collapse:

Videos show that the upper section of each tower disintegrated within the first four seconds of collapse. After that point, not a single video shows the upper sections that purportedly descended all the way to the ground before being crushed. Videos and photographs also show numerous high-velocity bursts of debris being ejected from point-like sources. NIST refers to these as “puffs of smoke” but fails to properly analyze them. NIST also provides no explanation for the midair pulverization of most of the towers’ concrete, the near-total dismemberment of their steel frames, or the ejection of those materials up to 150 meters in all directions. NIST sidesteps the well-documented presence of molten metal throughout the debris field and asserts that the orange molten metal seen pouring out of WTC 2 for the seven minutes before its collapse was aluminum from the aircraft combined with organic materials. Yet experiments have shown that molten aluminum, even when mixed with organic materials, has a silvery appearance—thus suggesting that the orange molten metal was instead emanating from a thermite reaction being used to weaken the structure. Meanwhile, unreacted nano-thermitic material has since been discovered in multiple independent WTC dust samples.