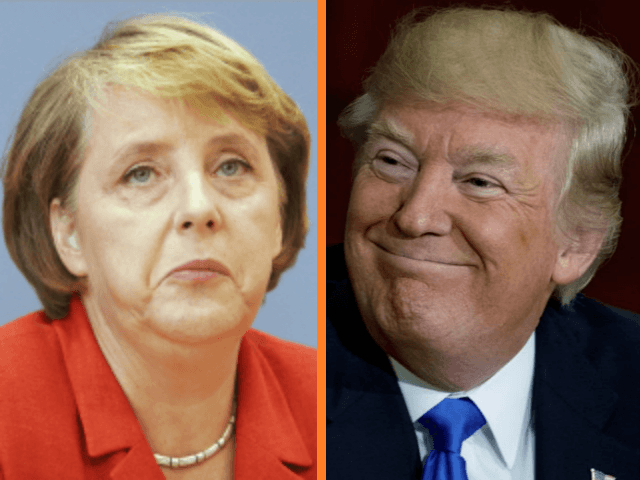 Germany has ‘massively weakened’ its climate action plan for next week’s G20 summit in Hamburg in order to appease Donald Trump.
According to a shocked report in the green, EU-linked propaganda outlet Climate Change News this represents a disastrous cultural surrender which

“….shows the degree to which the German presidency has bent to the will of the Trump White House.”

In public, Germany’s Chancellor Angela Merkel has been talking tough on climate change, promising to put it at the forefront of the G20 summit and making none-too-subtle swipes at any world leaders out there who happen to dissent from her position.

Without naming him, Merkel appeared to lament U.S. President Donald Trump’s uncertainty about human-induced climate change, saying, “We can’t, and we won’t, wait until the last person on Earth is convinced of the scientific evidence for climate change.”

ehind the scenes, however, it would appear that Merkel’s negotiating teams have been bending over backwards to tone down the climate action plan and avoid an embarrassing rejection by Donald Trump.

This can be seen by comparing the two draft climate action plans for the summit, one from March and the revised one from May. According to Climate Change News, American negotiators have watered it down considerably.

“The US massively weakened the language in the energy part of the action plan,” one source with knowledge of the negotiations said. “It pushed for references to so-called ‘clean’ fossil fuels and made it less explicit that the energy transition has to be built on energy efficiency and renewables.”

“It also provided cover to some other G20 members – such as the Saudis and Russia – to weaken some climate sections of the document, including the pledge to phase out fossil fuel subsidies.”

Here are some of the elements which have been removed from the original draft:

In other words, this represents the most massive victory for climate rationalism and energy realism – and a crushing and humiliating defeat for the global green blob.

It’s also a spectacular vindication of the Trump presidency.