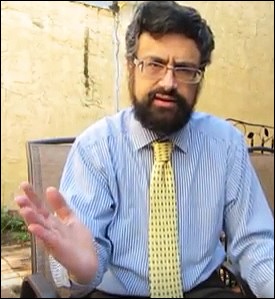 Yesterday, Richard Cordray, the Director of the Consumer Financial Protection Bureau (CFPB) that was created in 2010 under the Dodd-Frank financial reform legislation, did what few Americans thought he would dare to do: he stood up to threats of being fired; threats of backlash from Wall Street titans; threats of having his agency’s budget gutted; and Congressional threats of being put on a leash by a commission appointed by the President. Despite all of these threats and more, Cordray issued the final rule that allows consumers who have been defrauded in financial transactions involving credit cards and bank accounts to have access to file a group action (known legally as a “class action”) using the nation’s courts.

The rule mandates the following wording in bank account and credit card contracts: “You may file a class action in court or you may be a member of a class action filed by someone else.”

The final rule issued by the CFPB throws a monkey wrench into the gears of Wall Street’s institutionalized wealth transfer system which has for decades been seamlessly moving the meager life savings of the 99 percent to the heretofore impenetrable vaults of the 1 percent. It guts Big Banking’s private justice system known as mandatory arbitration, which has previously been described as McJustice by Gloria Steinem and kangaroo courts by women’s groups. (For background on this rigged wealth transfer system, see related articles below.)

While the CFPB’s final rule leaves mandatory arbitration in place for individual claims, the CFPB notes that most individual consumers don’t bother to fight a $20 ripoff by a bank. The class action is a critical consumer weapon for the following reasons, according to an in-depth study conducted by the CFPB:

“…group lawsuits succeed in bringing hundreds of millions of dollars in relief to millions of consumers each year, and at least 34 million members of group lawsuits received payments over the five-year study period. Those payments totaled $1 billion in cash direct to consumers, net of attorney’s fees and expenses. Conversely, over the two years that we studied final results, in about one thousand arbitration cases, the arbitrators awarded a combined total of about $360,000 in relief to a total of 78 consumers. Therefore, by blocking group lawsuits, companies are able to avoid paying out significant amounts of money in private litigation when they wrong consumers.”

Unfortunately, the CFPB has no power over Wall Street brokerage firms. That’s the realm of the Securities and Exchange Commission (SEC) which has typically been led by lawyers from the very same Big Law firms that created Wall Street’s private justice system and enshrined it with iron clad clauses embedded in the copious text of Wall Street’s employment contracts and investment account agreements.

The big Wall Street firms that also own major retail banks like Citigroup’s Citibank, JPMorgan’s Chase Bank, and Bank of America will have to comply with the new rule for their credit cards and bank accounts but their tens of millions of brokerage accounts that restrict customers from using the nation’s courts and mandate instead mandatory arbitration remain unaffected. Still, this is a huge win for consumers. And to shine a bright light on how this insidious system evolved over the decades, the CFPB released a 775-page historical review which is must reading for anyone who seriously cares about the devolution of citizen rights in America.