Britain’s Labour Party is supporting the demands of U.S. 9/11 survivors demanding that Prime Minister Theresa May release a suppressed report into the extent of Saudi Arabia’s financing of Islamic extremism within the UK, The Independent reported.

Last week, May’s Home Secretary, Amber Rudd, stated the report would not be released “for national security reasons.” A few days later a group of survivors and relatives of those who died in the attacks on New York and Washington, wrote to May encouraging her to release the report.

“The public has a right to know how extremism in the UK is funded,” they said in a statement.

Meanwhile, in the U.S. it’s a known fact according to the declassified 29 pages that the Saudi government funded extremism in U.S. mosques and charities leading up to 9/11. However, another document subsequently declassified by the Director of National Intelligence, a 2005 letter from the FBI and CIA, denies the Saudi government itself had any involvement in 9/11 despite the fact that 15 hijackers out of the 19 were Saudi Arabian citizens.

The 9/11 report released last year raised questions about Saudi nationals who were in contact with the hijackers and whether they knew what they were planning.

In March, survivors of 9/11 and their families filed a suit in federal court in the Southern District of New York in Manhattan suing the Kingdom of Saudi Arabia alleging they’re responsible for helping some of the attackers, a move the Obama administration tried to suppress when he vetoed the 9/11 bill that would allow families to sue the Gulf state.

As Paul Sperry of the NYPost expressed, the full story of 9/11 “remains buried under more than 100,000 pages of other, still-secret documents.” Then there is the question of Israeli involvement and the infamous dancing celebrating Israelis on 9/11 … the full story is everything but known. 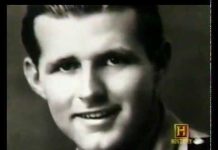 Were the 9/11 Aircraft Electronically Hijacked and Remotely Controlled?

QUI BONO? From 9/11 to Nordstream – A New Geopolitical Game Changer