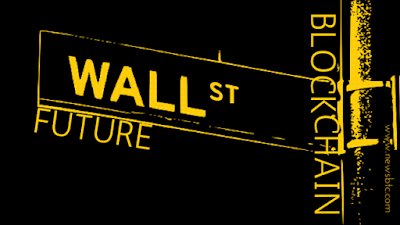 While many investors revel in the speculation that is Bitcoin and the cryptocurrencies, the fact of the matter is the financial system as a whole is salivating over the potential of blockchain technology. And on July 2 this platform just took a major step forward as the legislature for the state Delaware just passed an amendment allowing stocks and other equities to be traded in the future on the blockchain.

The State of Delaware just took a historic step toward ensuring that US stock exchanges will soon be violently disrupted by blockchain technology – possibly to the extent of being rendered obsolete. CoinDesk reports that lawmakers in the state’s general assembly passed a law that makes explicit the right to trade stocks on a blockchain. Details of the bill are still emerging. One source indicated that the bill passed with near unanimity, with a single vote against. The vote was widely considered to be the final obstacle to state adoption, following the passage of the bill in the Senate earlier this month. The measure, which was added to another bill in the form of an amendment, is expected to be signed in to law by Delaware Gov. John Carney by the end of the month, with the ruling going into effect on Aug. 1.

Developed under the close guidance of blockchain lawyer Marco Santori of Cooley LLP and Caitlin Long of blockchain startup Symbiont, the bill is expected to pave the way for potentially large-scale issuance of stock on a blockchain. By trading stock on a blockchain or similar distributed ledgers, users can cut out middlemen like the exchanges and ATSs that profit by facilitating trades, resulting in significantly faster settlement times. The bill was introduced last year by the previous governor, Jack Markell, following requests made by multiple companies for the legislation – which was already lenient to blockchain stocks – to make explicit the legality of such issuances, according to CoinDesk’s sources. – Zerohedge

One of the biggest benefits of the blockchain is its ability to perform monetary transactions in real time, and without the need for multiple day settlements. And it will be interesting to see how trading reacts when the blockchain eventually takes over Wall Street, London, and the rest of the global markets since it will likely have a profound affect on brokers who are able under the old system to print and sell as many stocks and paper shorts as they desire, causing prices to be manipulated or overvalued beyond what the free market would offer.