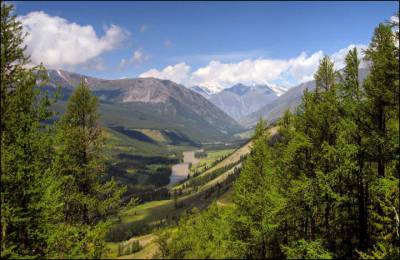 Still, there is much work to do on building infrastructure and a lot of space to fill. In total, more than 145 million hectares of land have been allotted for the distribution program.

By comparison, the Chinese northeast province of Heilongjiang that borders Russia has a population of 38 million, yet is about the same size as just two of Russia’s Far East provinces — Magadan and Primorsky Krai.

While the land is given without payment, there is a condition attached: Within five years, the plot of land must be developed — through the construction of a house, a farmstead, or other means — for the tenant to gain outright ownership.

Initially, only citizens living in the Far East were allowed to apply for a land in their local areas. From October 1, 2016, the choice widened to locals applying for a plot anywhere in the Russian Far East. In February this year, the program opened up to all Russian citizens across the country.

The registration is done electronically, with applicants accessing a digital map from which land plots can be chosen and the application submitted. Officials have up to 33 working days to accept the application, review and draw up a land transfer contract.

Only Russian citizens are able to claim land. “We don’t plan to offer hectare-plots to foreigners,” according to Yuri Trutnev, the Presidential Envoy to the Far Eastern Federal District.

The 19th century agrarian reform program for the Russian Far East, led by then Prime Minister Petr Stolypin, was to reduce overpopulation in the central and European parts of the country.

With peasants dreaming of land going begging in the east of the empire, the government from 1906 started to pay for the cost of migrating families to the territories. It also provided support for installation of some infrastructure, as well as loans for house construction and purchases of agricultural equipment.

By 1914 more than 4 million people had migrated. Of those, about half a million had settled in and around the Primorsky Krai region, which is home to modern day Vladivostok.
Russia’s Ministry for the Development of the Far East set up the current land distribution program to run through to 2035. The goal is to almost double the population of the Far East to 11.2 million from 6.2 million.

“By the end of 2017, according to our conservative base scenario, we expect between 120,000 to 150,000 applications and we aim to process at least 50,000 land plots,” Alexander Galushka, Minister for the Development of the Far East, told Asia Times.

“People are interested in the land for homes, for use as an allotment to grow food, for business activity and so on. At this stage, our main goal is to help them with money, infrastructure, to make it convenient to access state support.”